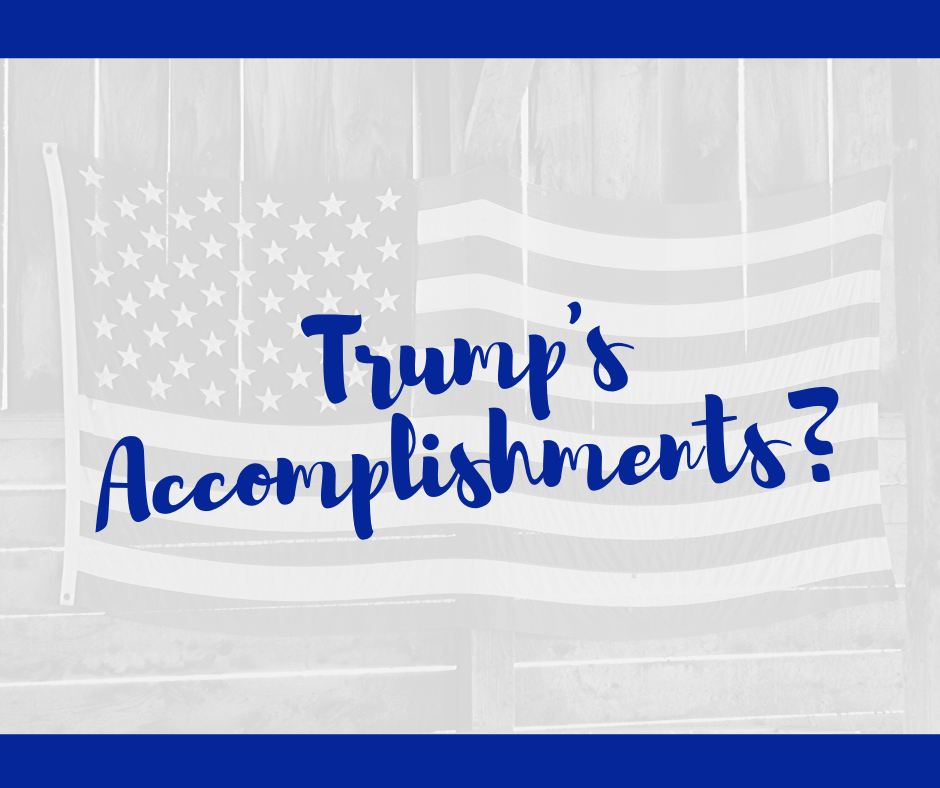 The current president and his supporters list all of his accomplishments. Other than his promise to appoint conservative judges, President Trump has failed to keep any of his promises. The killing of Soleimani is just the latest example. Whether this Iranian general deserved to die or not is irrelevant. The killing was an act of war. So now the guy who promised to get us out of the middle east and endless wars, has just opened up a new theater of war. The 82nd Airborne Division is on its way to that area of the world and Americans are being evacuated.

Other broken promises include balancing the budget and lowering the national debt. The budget deficit is a trillion dollars and the national debt has increased at an even faster pace than under Obama. The tax cut for the wealthy was supposed to grow the economy by 3 to 4% annually, instead growth is where it was under Obama, about 2%. Recall that he and other Republicans criticized 2% growth as unacceptable.

We were supposed to get great trade deals and stop China from taking our technology. Neither has occurred yet. Instead farm bankruptcies are increasing at an alarming pace. Manufacturing jobs have failed to increase as promised. I could mention things like the wall that Mexico was supposed to pay for but why rub salt into the wound. The good economy and stock market are merely a continuation of the Obama years and have continued despite Trump not because of his policies.