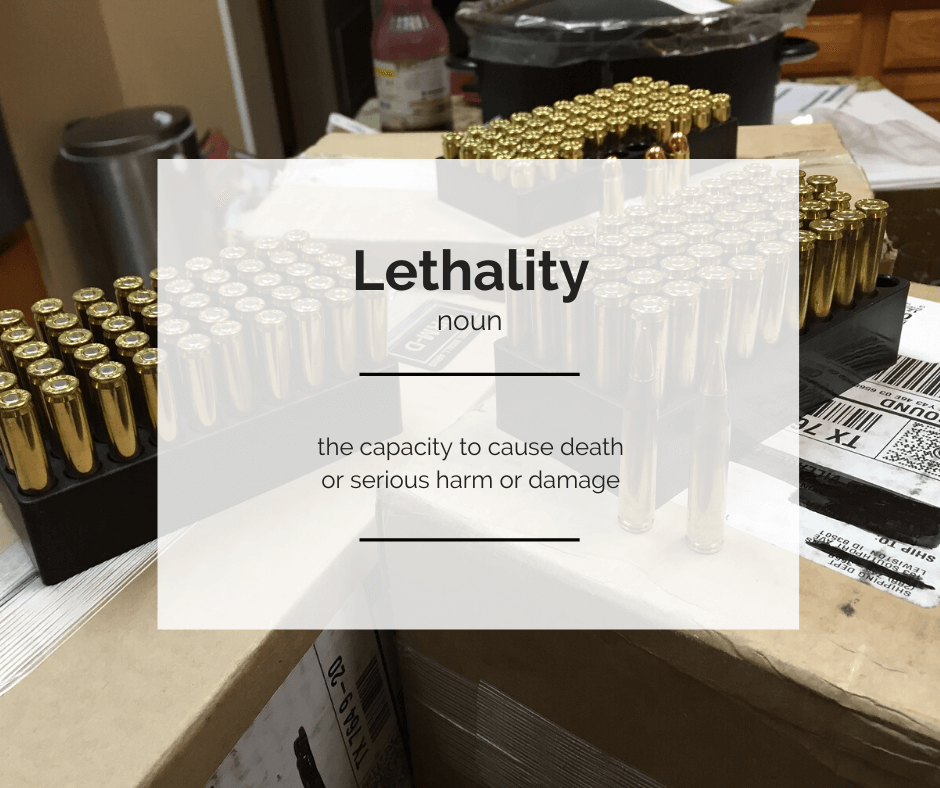 Lethality, noun “the capacity to cause death or serious harm or damage”. The reason most reasonable people want curbs on military style weapons is because these weapons are far more lethal than weapons which were traditionally purchased for sport or home protection. Those who support a ban on these weapons today are no more anti 2nd Amendment than Ronald Reagan or Barry Goldwater were who also favored a ban on such weapons.

The undeniable fact is that AR-15 style weapons especially when equipped with a high capacity magazine are far more lethal than a standard handgun. The response that any gun is lethal begs the question and misses the point. If a handgun with a standard magazine was just as lethal as an assault rifle then the US Military would issue handguns to soldiers, instead of the heavier more expensive assault rifle. In sport and in home protection the primary goal is not to kill as many people as possible. This power, I believe, is what makes these the weapons of choice for the sick minded people who use them.

As cars became faster and heavier, collisions became more lethal. We didn’t ban cars but we did require seat belts and airbags because those reasonable curbs on our “freedoms” made cars less lethal. Maybe its time the media started printing photos of what a .223 caliber round traveling at 3300 feet per second does to the body of a 14 year old child. The fact that 30 or 40 of those rounds can be fired with accuracy in less than a minute is the very definition of lethal. That level of lethality has no place on our streets.